What are the Goals of Incline Bench Press?

The incline bench’s purpose is to target the upper portion of your pecs. This portion is known as the “clavicular head” of the pectoralis major. It is called the clavicular head because this is where the pec muscle attaches to your clavicles (collarbones). While we know the flat bench works a large area of the chest muscle, including the sternocostal head (where the pec attaches to the sternum), it doesn’t do a great job of activating the upper pec area. Similarly, the decline bench works the lower portion of the chest but ignores the upper portion.

This study showed that while the 28-degree bench activated the sternocostal head of the pectoralis major better than 44 degrees, it was less effective at this activation than a flat bench press. This puts the 30-degree incline bench in a no man’s land where it doesn’t work the middle of your chest as well as flat bench and fails to activate the upper chest as well as a 45-degree incline bench press.

How Do You Set Your Incline Bench Press to the Correct Angle?

Now that we know that a 45-degree angle is better for your upper chest than 30 degrees, how do you set your bench correctly? Don’t worry, there’s no need to carry a protractor to the gym. Simply set your adjustable bench at an angle and then measure that angle with your iOS or Android device. This way, you’ll get the correct angle every time.

Once you’ve set your incline bench press up a few times, you’ll soon memorize the exact settings to get the proper angle. This will ensure the best upper chest activation during bench press, enabling you to build overall chest size and strength.

While some believe that you should avoid shoulder engagement during the incline bench, the truth is the optimal angle for upper chest development also engages your anterior deltoids. The two simply cannot be isolated. It’s a good idea to shift your thinking and start viewing the incline bench as a hybrid upper chest/shoulder workout.

What Angle Should Your Incline Bench Press be Set to?

The science is in and the mystery of the best angle for incline bench is solved. Here are the facts.

Next time you set your bench press up for incline, use your phone to measure the angle. Keep in mind, if you want to focus on building the upper portion of your chest, 45 degrees is the best angle for incline bench press. 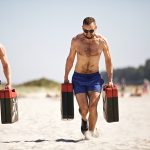 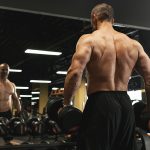