Battle ropes can be used for HIIT workouts and routines to burn fat and tone your overall body, while incorporating the necessary rest periods in between each set. Creating a circuit of various battle ropes HIIT workouts to target different muscles in your body, while increasing your average heart rate to burn fat, will give you the best results possible in the shortest period of time.

The major benefit to using battle ropes in a High-Intensity Interval Training circuit is that because battle ropes are both a strength and cardio exercise, you will build and maintain muscle throughout the workout, while also shredding fat in your entire body. This, combined with the fact that your muscles will use a full range of motion, will give you a great fat-burning and muscle-building routine. The same can’t be said for a cardio routine like running.

How Do You Use Battle Ropes for HIIT?

A battle ropes HIIT workout can be built with exercises like:

To make this workout even more challenging, grab the ropes closer to the anchor to increase resistance on each rope wave. You can even work your legs by getting into a squat position while performing each wave pattern, or focus on one side at a time with Single-Arm Waves.

Another great workout for arms, and also your chest, is battle ropes Arm Circles. To perform Arm Circles:

You can also perform Arm Circles in the reverse motion as well to give your arms and chest continued variation.

A great workout to add to your battle ropes HIIT routine to target your back and shred fat is Lateral Whips. To perform lateral whips:

Similar to the above exercises as well, the closer to the anchor point you grab, the more resistance and tougher your workout is going to be.

If you want to target your lower body and legs during your HIIT routine, consider adding Jump Slams. To perform Jump Slams:

Be sure to always bend your knees as your jump and land. You never want to land with a stiff, straight leg, as this can lead to a serious injury. Also, if you get into a deep squat before jumping, you will really target every part of your lower body. Alternatively, if you’re new to resistance training or HIIT, a quarter squat might be best to start.

If you want a great finisher to your battle ropes HIIT circuit, add Russian Twists. These will develop your abs and core strength, while also shredding fat. To perform Russian Twists:

You should feel this workout directly in your abs and core. Increasing the speed at which you twist the battle ropes will increase the intensity of your routine. It’s important to also keep your core tight throughout the entire movement.

Should You Do Battle Ropes HIIT Fasted?

The idea behind doing battle ropes HIIT fasted is that without any carbohydrates available for your body to burn during your workout, your body will resort to burning stored fat. This, combined with a high-intensity interval workout is a great 1-2 punch when it comes to fat loss.

With that being said, everyone is different. We all store and use energy differently, while also being at varying fitness levels. If you find your effort levels during your HIIT battle ropes workout to be marginal due to a lack of energy, then it might be best to consume a pre-workout snack.

Putting in maximum effort for every battle ropes HIIT routine is the most important thing at the end of the day.

Can You Use Battle Ropes for HIIT?

Battle ropes are a great option for a HIIT workout because they incorporate both cardio and strength training elements. The intense exercise movements can easily be added to any circuit, while adding more time working out or even resting, can quickly be incorporated.
The unique patterns in which you move battle ropes will give your body the burn it needs during a HIIT workout. 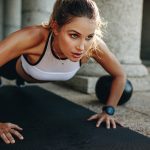 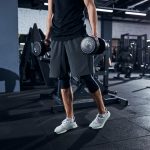