Battle ropes provide an incredible core workout even when you aren’t specifically targeting your abs. This is because battle ropes are a total body workout tool. However, you can really work on your abdominal fitness by incorporating ab-specific exercises into your battle rope routine. Exercises such as the Russian twist, plank, and side plank provide an even better ab workout once battle ropes are added to the equation.

How Do Battle Ropes Work Abs?

Battle ropes provide an excellent ab workout for multiple reasons. First, battle ropes recruit muscles throughout your upper body, core, and legs to perform most exercises. A battle rope circuit will naturally provide an ab workout. Second, battle ropes train your body through a series of movements that involve twisting and turning. These motions are often neglected in traditional training, but they’re the ones that really activate your core.

By adding battle ropes to familiar ab exercises, such as planks, you kick up the difficulty. By making waves in the rope while holding a plank position, you activate your abs to stabilize yourself and maintain balance. This means you get a deeper burn faster, which translates to better abs.

Because they are a full-body workout, battle ropes increase your heart rate. This is the number one factor in calorie burning, which melts fat. A battle rope training regimen, paired with a healthy diet, will help you lose weight.

Keep in mind that all body types are different and your body fat cannot (and should not) be entirely eliminated. Some individuals are more likely to retain body fat in the belly region, which makes achieving six-pack abs more difficult. Battle ropes are an intense cardio workout that will help you lose weight and increase your cardiovascular endurance. When using exercise as a weight-loss tool, make sure to consult a doctor, nutritionist, or licensed trainer to build a program and diet that will help you achieve your goals safely.

If you want to really target your abs during a battle rope routine, try exercises that use ropes to isolate the abdominals. Start by adding a few of these workouts to a battle rope circuit. You’ll feel the burn and see the results.

Adding battle ropes to the Russian twist takes full advantage of what battle ropes can do for your abs. By performing this exercise, you add resistance to the natural turning motion of the twist, activating your abs and obliques. To do this exercise:

In order to increase the intensity of this workout, perform the Russian twist faster. Alternatively, you can increase the duration of your exercise from 30 to 45 seconds.

Alternating waves are perhaps the most recognizable battle ropes exercise. While they are typically performed while standing, making waves in the ropes while in a V-sit position puts your ab muscles through an intense workout. For this exercise:

The faster you make waves in the rope, the harder your abs will work to maintain balance. This keeps your core muscles under constant tension, providing an incredible workout.

Side planks target your obliques, which are the muscles along your side. While this muscle is not technically the abdominals, no ab workout is complete without an oblique-focused exercise. Strong obliques contribute to increased core strength. To perform side planks with battle ropes:

As you get more adept at this exercise you can increase the difficulty by moving closer to the anchor point. By putting more slack in the rope, you make it harder to create waves. This leads to a more intense core workout, plus a bonus workout for your arms and shoulders.

Planks are an excellent ab workout because they target your core without putting strain on your back the way sit-ups and crunches do. If you battle back pain during traditional ab workouts, try this one out.

This workout is already tough enough on its own, but if you want an extreme challenge, turn the standard plank into a two-point plank. To do this, lift the leg opposite the working arm and extend it straight behind yourself as you hold the plank position. So, if you are making waves with your right arm, your left leg will be raised and held straight out behind you.

The side slam works the abs and obliques. It is an excellent core workout that can’t be replicated without battle ropes. It incorporates natural turning motions to produce the power to throw the heavy ropes. To do this exercise:

When performing the side slam, throwing the ropes overhead and turning your body should all occur in one fluid motion. The rope will form a rainbow arc as you use your core muscles to help toss the ropes from one side to the other.

Are Battle Ropes Good for Abs?

Battle ropes are great for abs because so many battle rope movements recruit core muscles in order to maintain balance and rhythm during the exercise. Not only that, but you can use battle ropes to isolate the abs. The best battle ropes exercises to target your abdominals and obliques are:

When creating battle rope workouts, you can incorporate a few ab-focused exercises along with movements meant to target the chest, shoulders, or lower body. This results in a full-body routine. Alternatively, you can blast your abs after a long workout by performing several battle rope ab exercises back-to-back. 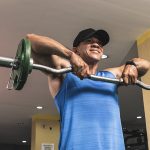 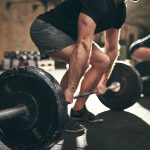