Your triceps do very little work during deadlifts. The triceps is made up of three different muscles. During deadlifts, one of these muscles—the long head of the triceps—works to assist with extending your shoulder downward. However, this is not enough to give your triceps a significant workout. Most of the work of deadlifts is performed by your lower body and back, so deadlifts should not be considered an arm exercise.

What Muscles Do Deadlifts Work Most?

Because deadlifts involve straightening your legs and back to lift a heavy weight, it’s no surprise that the legs and back are the primary workers during a conventional deadlift. However, deadlifts are an impressive compound exercise that targets several muscles. The muscles worked by deadlifts are:

The hamstrings—which is the muscle group that makes up the rear of your thigh—are one of the primary muscles used during deadlifts. They are responsible for driving the hips forward during a deadlift. You’ll work your hamstrings along with several other muscles during the conventional deadlift. In addition, the Romanian deadlift is one of the best hamstring isolation exercises you can do.

The glutes are the muscles in your rear end. Along with the hamstrings, the glutes are responsible for straightening your legs and driving your hips forward. A lot of the power necessary for doing deadlifts with heavy weights comes from the glutes.

The quadriceps are the four muscles that make up the front of the thigh. These muscles are responsible for straightening the leg from a bent position. Because deadlifts do not require the same deep knee bend that squats and leg presses do, they work the quadriceps somewhat less than these other exercises. However, deadlifts are still a great quad workout.

The erector spinae muscles run alongside your spine in your lower back. They work to maintain proper form and keep your back straight during deadlifts. As you do deadlifts, you will build a strong lower back that allows you to lift heavier weights without injury.

Similar to the erector spinae, your abdominal muscles must remain tense throughout the range of motion of a deadlift to ensure proper form. Although your abs will benefit from a dedicated ab workout, the standard deadlift does provide some work for your stomach muscles.

Your trapezius—or traps—are the muscles that run from the sides of your neck to the tops of your shoulders. Any time you are lifting or carrying a heavy weight with your arms extended downward, your traps work to keep your shoulders up. Because deadlifts are among the heaviest lifts most athletes do, they provide a great trap workout. Your traps may even feel sore after deadlifts.

The muscles in your forearm, including the brachioradialis, are responsible for grip strength. Because the conventional deadlift requires you to grip a heavy weight, deadlifts are a very good forearm workout. However, you can still grow bigger forearms with grip training.

Commonly referred to as the “lats,” the latissimus dorsi in the mid-back is responsible for some work during deadlifts. These large back muscles keep your upper back straight during deadlifts, allowing for safe form throughout the range of motion. Your lats will get a bigger benefit from pull-ups than they do from deadlifts, but they still perform some work.

How Much Work Do Your Triceps Do During Deadlifts?

There is no common deadlift variation that works the triceps. This means that whether you stick to the regular deadlift, prefer sumo deadlifts, or add Romanian deadlifts to your routine, you won’t get a triceps workout.

Do Deadlifts Give You Bigger Arms?

Deadlifts will not build noticeable arm mass or strength. In order to gain strength, mass, and definition in your triceps it’s essential to perform exercises that truly target these muscles. Push exercises—such as bench press and overhead press—use the triceps much more than deadlifts. Triceps isolation exercises like skullcrushers, rope pushdowns, and overhead triceps extensions are far better choices for triceps development.

If you want bigger biceps, again deadlifts won’t help. Your biceps are worked during pulling motions where you bend your arms at the elbow. Pull-ups and rows work biceps. So do curls. To build bigger arms, check out our guide to performing curls without compensating with your chest muscles.

Can You Deadlift on Arm Day?

Most exercise programs do not put deadlifts on the same day as intense arm workouts. Instead, programs typically place deadlifts on leg day or back day, since they work those muscle groups. The theory behind workout programs like PHUL and PPL is that muscles are built bigger and stronger by working them hard for several exercises, then providing rest days so those muscles can grow stronger. Mixing deadlifts with arms may mean you are working your legs and back while they are still tired from a previous workout. This can result in fatigue and overtraining, which will set you back in the gym.

There is no law that says you cannot do deadlifts on the same day you work out arms. If you find a program with this scheduling that works for you, go for it. Just keep in mind that most advanced lifters do not pair deadlifts and arms on the same day.

Do Deadlifts Work Out Your Triceps?

Deadlifts are not considered a good triceps exercise. The reasons for this are:

Deadlifts are an incredible compound exercise that raises your heart rate, builds functional strength, and works some of the largest muscles in your body. They’re an invaluable tool for weightlifters looking to gain size and strength. However, deadlifts won’t help you build big, strong, triceps. 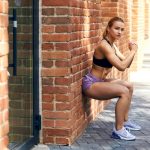 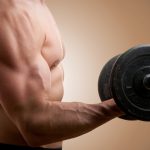