Plasma donation does not inhibit muscle growth or impair your ability to repair muscle after exercise. However, donating plasma has been shown to reduce energy levels and increase fatigue in the 24–48 hours after donation. So, it’s best to donate plasma just before you take a rest day from your weight training routine. If you work out too soon after plasma donation, you put yourself at risk of fainting and injury. Additionally, you’ll tire quickly and get a poor workout, which will slow your progress toward your fitness goals. As long as you rest for at least 24 hours after donating plasma, your ability to exercise and build muscle won’t be impaired.

What are the Effects of Donating Plasma?

Dehydration and feelings of fatigue are the most common side effects of plasma donation. Plasma has high water content. So, it’s essential to rehydrate after donation to boost your energy levels and prevent the negative side effects of dehydration. Similarly, losing the sugars and proteins in plasma through donation increases sensations of fatigue for the next 24–48 hours.

If you want to get a good workout as soon as possible after donating plasma, follow our guide to recovering from plasma donation. With a proper recovery plan, you will be ready to work out again 24 hours after donation. You can use this plan to recover from regular donations, as often as once per week.

5 Myths About Plasma Donation [Are They True?]

Plasma donors are bombarded with several misconceptions about the donation process. The truth is, plasma donation is very safe. It is also much easier to recover from plasma donation than from whole blood donation. Here we will let you know which plasma donation rumors are true and which are false.

Does Donating Plasma Make You Tired?

Plasma donation will give you feelings of tiredness and fatigue for the next 24–48 hours. This scientific study showed that the time until athletes became exhausted by exercise was decreased by 11% 2 hours after plasma donation. However, this sensation of exhaustion fades 24–48 hours after donation. As long as you take a rest day after donating plasma, you’ll be able to work out at full intensity the next time you hit the gym.

Plasma donation does not hinder muscle growth. You may be worried when you first hear that your body loses protein during plasma donation. However, the proteins lost when you donate plasma are albumin, globulins, and fibrinogen. These proteins are not the same amino acid proteins that are key to building muscle. So, you won’t prevent or delay muscle growth by donating plasma.

There is no evidence that suggests plasma donation contributes to the loss of skeletal muscle. Although you should not work out for 24 hours after donating plasma, this doesn’t mean you’ll lose muscle. Plan to donate plasma on a rest day from the gym. Then resume your regular lifting schedule after your recovery period. You won’t miss any gym visits so you won’t lose muscle mass.

Fiction: Plasma donation has not been linked to loss of muscle mass.

Fiction: Plasma contains little to no testosterone, so you will not lose this hormone through plasma donation.

Platelets are the cells within the body that are responsible for healing and muscle recovery. According to donatingplasma.org, plasma donations do not contain platelets. So, making the choice to donate plasma will not inhibit muscle recovery or growth after a workout. However, choosing to donate whole blood, red blood cells, or platelets can inhibit healing and recovery.

Fiction: Plasma donations do not contain platelets responsible for healing and muscle recovery.

Making a donation of blood plasma will only decrease your ability to perform anaerobic exercise for a short period of time. Here are the facts:

By donating blood plasma, you help those in need at extremely low risk to yourself. If you are a healthy individual with the opportunity to donate plasma, you will not experience significant setbacks in your athletic performance. Just remember to rest, hydrate, and eat iron-rich foods after donating plasma so you can get back in the gym at full strength 1–2 days after donation. 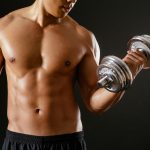 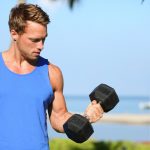