Although there are several reasons to take a break from working out after donating plasma, plasma donation will not stop you from hitting your weight loss goals. Blood plasma contains fluids, sugars, proteins, and vitamins. A single plasma donation is the equivalent of burning 450 calories. So, donating plasma on a rest day from the gym can help you lose weight and provide a medical necessity that can save lives.

Donating plasma will affect your ability to lift weights for 24 hours. The loss of fluids from plasma donation will prevent you from performing your best in the gym during this recovery period. If you try to lift weights before you’ve recovered from plasma donation you will be fatigued, tire quickly, and put yourself at risk of dizziness and fainting. So, you should always wait at least 24 hours after donation before you work out again.

Although plasma donation can hinder your weightlifting performance in the short term, there’s no evidence to suggest it will cause long-term harm to your weightlifting performance or muscle growth. So, you can donate plasma, rest for a day, then return to the gym. Because most workout programs include rest days, you can donate plasma on your off day. This will give you time to recover and return to your regular lifting schedule.

You will not lose muscle mass due to plasma donation. Plasma is the liquid content that makes up 55% of your blood. Your body will regenerate plasma within 24–48 hours of donation. So, while plasma donation can reduce your ability to work out in the short term, it won’t hold you back from gaining muscle long-term.

In order to ensure your plasma donation doesn’t make you chronically tired and unable to perform at your best in the gym, plan to donate plasma a maximum of one time per week. This way, you’ll be able to provide plasma to those in need without compromising your own fitness achievements.

There is no evidence to suggest that donating plasma causes you to retain water. In fact, because plasma is 90% water, dehydration is your biggest risk after donation. In order to replace the fluids you’ve lost, drink plenty of water in the 24 hours following donation. Rehydrating will help alleviate post-donation fatigue and keep you healthy.

What are the Long-Term Side Effects of Donating Plasma?

The biggest long-term risk of donating plasma is reduced immune resistance. Donating plasma can reduce antibodies by 10–12% in donors. Plasma donation can also reduce iron levels, resulting in anemia. However, medical professionals agree that plasma donation is safe for healthy individuals. So, if you are not immune-compromised or currently battling low iron levels, you should not see any long-term negatives from a donation.

Donating plasma is not linked to weight gain. The reasons for this are:

Although it’s in your best interest to avoid strenuous activity and heavy lifting for 24 hours after plasma and blood donations, you can still meet your weight loss goals and stick to a healthy workout routine. Plasma donors supply lifesaving medical supplies at very low risk, so it’s best to donate as long as you are healthy and capable of doing so. 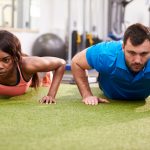 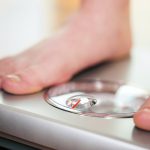