According to scientific research, it is safe to take creatine for years without stopping. Adding creatine supplements to your diet can boost your athletic performance with no long-term side effects. When you stop taking a creatine monohydrate supplement, your body will begin to produce its own creatine again. It is a common misconception that taking creatine for a long period of time will cause liver and kidney damage.

Can You Take Creatine For Years?

In this study of athletes, there was no link between creatine supplementation and adverse health effects. The study included athletes who had been taking creatine for up to 5 years, making it one of the best long-term studies on creatine supplements. So, according to scientific research, it’s safe to take creatine for at least 5 years without negative effects on your health.

If you’re curious about using creatine to boost strength and increase your ability to build lean muscle mass, rest assured that it is not scientifically linked to health problems. If you’re a long-time creatine user, there is typically no need to stop using creatine.

How Often Should You Cycle Off Creatine?

There is no scientific reason you should “cycle off” creatine. You can add 3–6 grams of creatine per day to your diet for at least 5 years without causing any health problems. This summary of studies notes that while natural creatine production drops off when you are taking creatine supplements, your body will begin producing creatine again when you stop taking the supplement.

Some fitness trainers claim that it’s essential to “cycle off” creatine periodically. They believe that cycling off creatine is critical to ensure your body does not lose the ability to produce natural creatine. However, this is not based in science. Studies have shown repeatedly that your body will resume making 1–2 grams of creatine per day within a few weeks after quitting creatine, no matter how long you were taking the supplement.

Do You Have to Take Creatine Every Day?

It is perfectly fine if you skip a few days of creatine here and there. Typically, it takes about 3–7 days without supplements to feel the side effects of quitting creatine. So, don’t worry if you forget to add creatine to your post-workout smoothie one day. Although you should take creatine daily when you are using the supplement, one missed day won’t be a major setback.

Does Creatine Have Long-Term Effects?

Because creatine does not have long-term adverse health effects, it is one of the most popular supplements on the market. Creatine has been shown to boost strength, performance, and recovery. So, it can help you build and maintain more muscle long-term.

Does Creatine Cause Liver or Kidney Damage?

According to this study, creatine supplementation is not linked to kidney or liver damage. This backs up the findings of earlier studies, which also did not find links between creatine use and adverse effects on health.

Many gym-goers still spread false information about the effects of creatine. However, the negatives and benefits of creatine have been exhaustively studied. Currently, there is no link between creatine use and reduced liver or kidney function.

Does Creatine Make You Go Bald?

Creatine may have an effect on hair loss in men, but the research paints a mixed picture. A study of rugby players found increased levels of DHT (​​dihydrotestosterone) in those who used creatine. DHT is known to have links to male pattern hair loss. So, there is some evidence that suggests creatine may trigger hair loss.

In rebuttal to previous studies, this summary of studies on creatine noted several holes in the findings linking creatine use to increased DHT levels. The summary references 12 other studies of creatine in its relation to testosterone and DHT. In 10 studies, no increase in testosterone was found. In 2 studies, very small increases in testosterone were found. Furthermore, in 5 studies, DHT levels were measured and no increase was found. So, while it may be possible that creatine can cause or accelerate hair loss, there are several studies that indicate this is not the case.

How Long Can You Take Creatine Continuously?

Creatine is an extremely safe supplement with little to no adverse effects. When using creatine, keep these facts in mind:

A maintenance dose of 3–6 grams of creatine daily is considered generally safe and has not been linked to long-term health complications. So, creatine is rightfully considered one of the most reliable supplements on the market. Keep this information in mind when deciding whether or not creatine supplements are right for you. 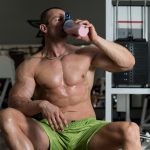 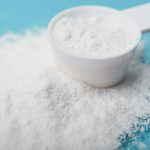