Can You Save a Protein Shake for Later?

You can absolutely save your protein shake for later. Whether you’re mixing a protein shake the night before a workout or you want to save half of a large shake, it’s safe to pop the shake in the fridge. However, during refrigeration the ingredients may separate, requiring you to re-blend the shake to give it the correct flavor and consistency.

Rather than pre-mix a shake and save it for later, we recommend putting all the “dry” ingredients such as protein powder, MCT oil, nut butter, veggies, and fruit in the blender cup. Refrigerate this overnight. Then, all that’s left to do later is add the liquid and blend. This eliminates the need to re-blend and preserves the flavor of the shake.

How Long Will a Protein Shake Last in the Refrigerator?

72 hours is the maximum amount of time a refrigerated protein shake will remain safe to consume. Any longer than this and the protein powder will begin to form harmful bacteria. Additionally, any other fresh ingredients (fruits and vegetables) will start to turn bad. This applies to protein shakes made with milk, water, or other non-dairy beverages.

For the best flavor, drink your protein shake after no more than 12 hours in the fridge. After this point, fresh ingredients can begin to change in flavor and consistency. Also, the protein powder will separate from other ingredients and may become frothy.

How Long Will a Protein Shake Stay Good At Room Temperature?

A protein shake left at room temperature will spoil in just over 2 hours. The protein content in the shake, as well as any dairy products, will begin to go bad. Not only will the shake’s flavor change noticeably, but it will also greatly increase the odds of giving you an upset stomach. This is the case for shakes made with whey protein powder as well as those made with plant-based proteins.

How Can You Tell if Your Protein Shake Has Gone Bad?

The most common sign that a protein shake has gone bad is the smell. The shake itself will take on a rotten smell as the protein spoils. If your shake does not smell like it did when it was first mixed, throw it out, clean the cup thoroughly, and make a new shake.

Other signs that a protein shake has gone bad include a bitter taste, a slimy texture as you drink it, and a change in coloration and consistency. A protein shake that has started to turn bad may look lighter or darker than it did when you first made it.

What Happens if You Drink a Protein Shake that has Gone Bad?

In most cases, drinking a protein shake results in an upset stomach and a case of diarrhea. In some cases, this is mild, in others it can be quite extreme. To avoid this, drink fresh protein shakes and carefully inspect any refrigerated protein shakes before you take your first sip.

Keep in mind that protein shakes blended with spinach and other vegetables are breeding grounds for salmonella, a bacteria that causes food poisoning. Food poisoning caused by a spoiled protein shake may result in nausea, vomiting, and worse.

How Long Does a Protein Shake Last Once Mixed?

Follow these guidelines to keep yourself from getting sick from a bad shake. By consuming fresh protein shakes, you’ll get the best-tasting, safest beverage. However, tossing your shake into the fridge for a day or two won’t do it any harm. 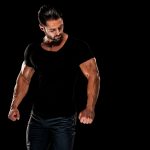 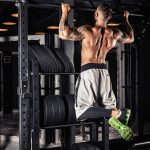