Incline bench press is more difficult than flat bench for most people because it requires more work from smaller muscle groups. While flat bench allows you to recruit the triceps and large portions of pectoral muscles, incline bench puts a large workload on the anterior deltoids (the muscles on the front of your shoulders). Because your pectoral muscles are deemphasized during incline bench, it is much more difficult for most individuals to lift heavy weights while doing incline bench when compared to other bench press styles.

Why is Incline Bench Harder than Flat Bench?

Even after you’ve learned the correct form for incline bench press in order to maximize strength training results and prevent shoulder injuries, you may still feel like your incline press is lagging behind your traditional bench press. In order to increase the weight you lift on incline bench, use these tactics:

In order to build strength in the muscles responsible for the incline bench press—and thus increase the weight you lift—start performing sets and reps designed for strength. For incline press, this means performing 3–5 sets of 3–5 reps each time you have the exercise in your routine.

In order to increase the amount of weight you can move during incline bench, make sure it is the first exercise you perform during upper body or “push” training days. You have the most energy during your first exercise in the gym. This allows you to lift more weight, push yourself harder, and thus get greater strength increases from the exercise you prioritize.

By targeting these muscle groups during training, you’ll build the muscle necessary to increase your performance on incline bench. In a few months, you can transform incline bench from a weak exercise to one of your strongest lifts.

Failing to provide adequate rest between workouts puts you at greater risk of injury, which can prevent you from progressing in the gym. It’s also important to note that overtraining actually reduces the strength and muscle mass you gain.

Incline bench press is a great exercise for targeting the upper chest, but it is not strictly necessary for a weightlifting routine. The upper portion of the pectorals can be somewhat neglected by traditional, flat bench press. So, if you want to build bigger, stronger chest and shoulder muscles, incline bench is a must. For this reason, it’s commonly included in training regimens.

Despite the benefits of the incline bench press, not all weightlifting programs include this exercise. It is not considerd one of the foundational lifts because it is a hybrid exercise that works chest and shoulders. Some lifting programs focus on flat bench for building a strong chest, combined with overhead press to build the anterior deltoids (muscles in the front of your shoulders). You can build a strong, balanced physique without incline bench press, but you’ll miss out on some development of your upper chest muscles.

What Should Be Stronger: Incline or Flat Bench?

For the majority of weightlifters, it is possible to lift more weight during the flat bench press than incline bench. The reasons for this are: 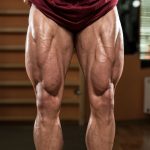 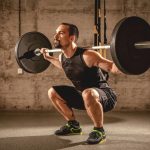