Push-ups are far more effective than planks for building muscle, burning calories, increasing muscular endurance, and developing cardiovascular health. Push-ups provide an intense workout for your chest, arms, and shoulders that planks don’t provide. Additionally, push-ups work the same core muscles used in planks since correct push-ups require you to hold the plank position. You’ll get more benefits from push-ups than planks, so you should prioritize push-ups in your exercise routine.

What are the Benefits of Planks?

Planks primarily provide a workout for your core muscles. This includes your abdominals, obliques, and the erector spinae muscles of your lower back. Planks are a great way to build core strength. This can reduce back pain, improve posture, and increase the strength needed for compound exercises, such as squats.

Planks are also a great training tool that prepares you for more advanced ab exercises, such as the ab wheel rollout. So, planks are typically considered a great beginner core exercise with very low injury risk.

What are the Benefits of Push-Ups?

Push-ups provide a variety of benefits for your upper body. Primarily, push-ups build muscle in your chest, shoulders, and arms. However, because the push-up position is so similar to the plank position, they also work your core. Maintaining proper form during push-ups requires your core to work throughout the exercise, so push-ups provide the benefits of planks, plus more.

By performing push-ups you’ll build chest, shoulder, and arm strength, but your abs, obliques, lower back, and upper back will all be worked as secondary muscles. Not only that, but performing push-ups is a much more challenging cardiovascular exercise than planks, adding even more benefits to push-ups.

What are the Differences Between Planks and Push-Ups?

Push-ups are an isotonic exercise that requires movement. The muscles of your arms, shoulders, and chest shorten and lengthen as you perform push-ups, providing incredible results for these muscles. However, both push-ups and planks only require isometric contraction for your core muscles. This means push-ups are on par with planks when it comes to working your abs, but the real benefit comes from what push-ups provide to your other upper body muscles.

Is it Better to Do Planks or Push-Ups? [Exercise Face-Off]

Before you invest time in either push-ups or the plank exercise, it’s important to know the benefits of drawbacks of both of these common exercises. Both the plank and push-ups are useful, but choosing one over the other depends on your fitness level and training goals. Here is the information you need to make your decision.

Planks Vs. Push-Ups: Which is Better for Building Muscle?

Push-ups are a far better muscle-building tool than planks. Not only do push-ups engage far more muscle groups than planks, the range of motion of a push-up triggers isotonic contractions. Working your muscles through movement is far more effective at building strength, muscle size, and tone than exercises that require you to hold still. Planks require you to hold a static position, which makes them less effective at muscle-building.

Planks are an entirely isometric exercise. So, you won’t build nearly as much muscle by holding a plank as you will by doing push-ups. Both require you to keep your core muscles tight, so they provide similar benefits to your abs, lower back, and obliques. However, push-ups provide benefits to a large number of upper body muscles that planks neglect.

Planks vs Push-Ups: Which is Better for Increasing Endurance?

The isotonic movement of push-ups makes them much better for increasing endurance and cardiovascular health than planks. Performing 3–5 sets of push-ups with 60–90 seconds of rest between sets will get your heart rate up, which is great for your cardio health. Planks, on the other hand, will make your muscles burn but they won’t make you breathe heavily or raise your heart rate considerably.

By performing push-ups you’ll increase your endurance for all types of fitness. You’ll also get a decent cardio workout from push-ups. Planks will build core strength and you will get better at holding planks for a long time, but you won’t build overall endurance.

Push-ups burn 7 calories per minute while planks only burn 2–5 calories per minute. So, if you want to choose the exercise that will help burn calories for weight loss, push-ups are the clear winner. We even have a plan for how to use push-ups to lose weight. Because they require isotonic movement, push-ups have much higher calorie-burning potential than planks.

It’s important to note that neither push-ups nor planks are ideal calorie-burning exercises. For comparison, 1 minute of running burns 11–17 calories each minute. This makes running about twice as effective at burning calories as push-ups. Running is 3–8 times better at burning calories than planks. Planks are one of the least effective exercises if you want to burn calories, so they should not be the centerpiece of a weight loss exercise program.

Planks vs Push-Ups: Which is Better for Beginners?

Planks are a much easier exercise for beginners to start with than push-ups. Although push-ups are a common exercise, they are not easy. Maintaining good form during push-ups requires a medium fitness level. If you are struggling with push-ups, planks can help build your core so you can take the leap to push-ups in the future.

If you want to start doing push-ups instead of planks because of their increased muscle building, endurance training, and calorie-burning potential, start with knee push-ups. Try out our beginner deck of cards push-up workout. By combining planks and knee-push-ups, you’ll build the strength to move from planks to push-ups in no time.

Are Push-Ups and Planks Enough?

Push-ups and planks are not sufficient for a workout routine. Both focus on the upper body and core muscles. To build a well-rounded workout program it’s essential to include exercises for your lower body. Consider adding exercises such as squats, lunges, and pull-ups to create a full-body training routine.

Both push-ups and planks are good exercises, but those two exercises alone are not enough to build your fitness. If weight loss is your goal, pair push-ups, and planks with a cardio routine, such as running or cycling.

Should You Do Planks or Push-Ups?

If you have a choice between push-ups and planks, push-ups will win every time. Here’s why:

None of this is meant to say that planks are a bad exercise. They are a useful core-training tool for beginners, but they simply don’t have as many benefits as push-ups. It’s best to use planks as a training tool so you can take on push-ups and other advanced exercises as you grow stronger. 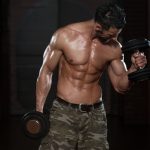 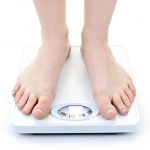