Pre-workout supplements commonly contain caffeine, which has been scientifically proven to increase the amount of sweat you produce during exercise. Caffeine acts as a thermogenic ingredient, raising your body temperature and encouraging increased sweat production during exercise. However, scientific evidence also indicates that creatine helps reduce excessive sweating. So, using a pre-workout that contains creatine may balance out some of the sweat-encouraging effects of caffeine.

Why Do You Sweat so Much When You Take Pre-Workout?

Pre-workout supplements contain large quantities of caffeine, often more than a cup of coffee. Why is this important? In a study focused on caffeine’s role in sweat production during exercise, researchers found that caffeine consumption was directly linked to increased sweating during workouts. Participants in the study experienced higher body temperatures, reduced time before they began sweating, higher sweat gland output, and greater activated sweat gland density. Simply put, partaking in caffeine before exercise makes you sweat sooner and in much greater quantities.

Does Sweating Mean a Better Workout?

The main benefit of caffeine in pre-workout isn’t the increased sweat production, it’s energy. Caffeine triggers the release of epinephrine and norepinephrine in the body, which leads to an increased sensation of energy and alertness. This can give you more energy for your workout. So, while the extra sweat may not help you achieve your goals in the gym, the extra energy from caffeine in your pre-workout may help you push yourself to new heights.

Does Sweating Detox Your Body?

Contrary to popular belief, your body does not flush out toxins through sweat. Instead, most toxins are filtered out by your internal organs such as the liver and kidneys. So, increased sweat will not improve your health. A good workout has the same benefit, regardless of how much you sweat.

If your pre-workout is causing you to sweat excessively, make sure to remain safe. The best way to do this is to remain hydrated. Drink plenty of fluids. You’re not gaining any benefit by sweating more during your workout.

Is Excessive Sweating During a Workout Dangerous?

There’s no need to fear that your pre-workout-induced sweat could cause you serious harm. Sweating more during a workout is seldom dangerous. As long as you remain hydrated while you exercise, you shouldn’t experience any ill effects. Just make sure to drink 7–10 ounces of water every 10–20 minutes throughout your workout. Then, drink another 8–12 ounces in the first few hours after you’re done exercising.

How to Reduce Excessive Sweating Due to Pre-Workout

If you want to reduce the amount you sweat during a workout in order to prevent dehydration, discomfort, or embarrassment at the gym, creatine may be the answer. A study in the Journal of International Sports Nutrition found that long-term use of creatine lowered sweat rate and reduced body temperature. So, a pre-workout supplement that contains both caffeine and creatine may help you work out harder and longer without sweating excessively.

Why Does Pre-Workout Make You Sweat More?

The caffeine contained in pre-workout increases body temperature and sweat production during exercise. This is merely a side effect of caffeine’s energy boost, which encourages better workouts. While excessive sweating isn’t in itself beneficial, it’s not harmful either. Just remember to stay hydrated to prevent the ill effects of excessive sweating. However, if you want to sweat less during your workout, consider using a creatine supplement. Creatine has been shown to reduce body temperature and reduce sweating, so it may help balance out the caffeine in your pre-workout. 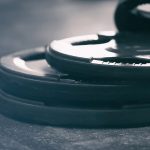 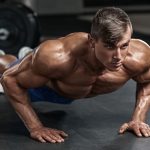