Alleviate T-Rex arms by taking care of your sore muscles with hydration and a high-protein diet. This will help your muscles refuel and assist you in regaining your full range of motion. Hot showers and icing your muscles can also effectively reduce muscle soreness, as can massage. Although it may seem counterintuitive, performing a light workout that uses your arms as a secondary muscle can actually temporarily reduce soreness. Also, it is safe to take over-the-counter NSAIDs to reduce muscle pain and tightness.

Why Do You Have T-Rex Arms After Working Out?

T-Rex arms are caused by an arm workout that pushes your biceps far past their limit. What you are experiencing is called Delayed Onset Muscle Soreness (DOMS). This occurs as your body works to repair the microscopic tears in your muscle created during a workout. This repair process is also when your muscles become stronger. DOMS are a regular part of working out. However, T-Rex arms are a step beyond regular DOMS.

The reason T-Rex arms are common is because you’re more likely to experience intense DOMS after performing exercises that require eccentric contraction. Eccentric muscle contraction occurs when your muscle is tensed as it lengthens. When you lower the weight on the downward movement of a curl, your biceps muscle tenses as it lengthens. Overdoing bicep workouts causes an extreme case of DOMS. Thus, you get T-Rex arms.

Knowing the cause of T-Rex arms is one thing, but that doesn’t help if you’re already afflicted with pain and tightness that keeps you from extending your arms. So, what’s the cure? The good news is there’s more than one. We recommend trying several of these to speed your recovery.

Your achy muscles need hydration as they work to recover from a brutal workout. Don’t put the water bottle aside once you leave the gym. When the DOMS set in, and your arms are tight, focus on hydration. While plain water is always a great choice, it’s also a good idea to reach for a recovery drink with ingredients designed to rehydrate muscles after a workout.

In addition to hydration, your muscles need protein to repair damaged muscle fibers. The protein you consume will not only help get rid of muscle soreness, but it will also help build muscle tissue, turning that bicep workout into stronger arms. Whether it’s a protein shake, almonds, or a tuna steak, get a good serving of protein to alleviate your T-Rex arms faster.

A hot shower could be just the thing you need to get rid of muscle soreness. Exposing your muscles to hot water will relax them, reducing muscle tension and ultimately helping you extend your arms fully again. Taking a long, hot shower is an instant way to reduce the symptoms of deep muscle soreness. If you have access to a sauna, give it a try. The warm environment will encourage your muscles to relax.

If hot showers were good, why would we recommend cold showers? While hot water relaxes muscle tissue, providing instant relief from T-Rex arms, this study shows that cold water immersion can speed muscle recovery overall. While the effects of a cold shower or ice bath may not be instant, taking one can shorten the length of time until your arms feel normal again.

When you’re battling the effects of T-Rex arms, you’re likely to avoid the gym for a couple of days. However, a light workout may provide temporary relief from pain and soreness. According to this scientific study, performing light exercise alleviated sore arms temporarily, although it did not ultimately reduce muscle recovery time. So, if you return to the gym and perform some exercises that recruit the biceps as a secondary muscle group, the symptoms of T-Rex arms may disappear until the next day. For this workout, perform light deadlifts, lat pulldowns, or rows to dispel the T-Rex arms curse temporarily.

Massage reduces muscle soreness by increasing circulation in the muscles you massage. This decreases muscle recovery time and quickly reduces the symptoms of T-Rex arms. The good news is that because your biceps are the cause of T-Rex arms, you can massage them yourself. If you’re not sure how to massage your biceps effectively, consider a professional massage to get the best results.

Although it has long been said that taking an over-the-counter pain reliever (an NSAID such as acetaminophen or ibuprofen) can inhibit muscle growth, newer research suggests this isn’t true. While long-term use of these pain relievers may slow your muscle development, occasionally taking the manufacturer’s recommended dose of a common NSAID will not undo your workout. In fact, taking ibuprofen for a day or two can help get rid of the symptoms of T-Rex arms until your muscles recover. This means you’ll be able to straighten your arms and use them as normal.

How Do You Avoid T-Rex Arms?

T-Rex arms are caused by working your biceps too hard at one time. When working out, always choose a safe weight for yourself and warm up before your working sets. It’s also important to avoid performing 100-rep sets or trying titanic 1-rep max lifts. These workouts are not ideal for muscle growth and can give you T-Rex arms. Instead, follow these rules for your arm workout:

Stretching is an important key to reducing muscle soreness. A study found a correlation between stretching and decreased DOMS. Work stretching into a safe lifting routine to avoid T-Rex arms.

How Do You Get Rid of T-Rex Arms?

T-Rex arms are caused by extreme muscle inflammation and tightness after an arm workout that is too intense. To alleviate the symptoms of T-Rex arms quickly and get back to being able to straighten your arms, try these methods:

Once you’ve recovered from your case of T-Rex arms, make sure to avoid them in the future. Begin a safe workout plan that includes a regimented number of sets and reps during biceps workouts. Also, include stretching in your routine to reduce muscle soreness before it sets in. 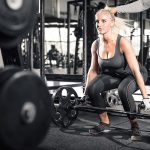 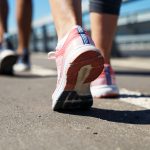