Is Trap Bar a Squat or a Deadlift?

The trap bar deadlift is a hybrid between the squat and deadlift. Because the trap bar is bent into a hexagonal shape, it puts the weight besides your body when you lift. This may seem like a small change, but it makes a big difference versus the traditional deadlift, where the weight is placed in front of you. The trap bar weight positioning puts the weight in line with your shoulders, where it would be during a squat. This causes you to lift the trap bar using a motion similar to a conventional squat.

The trap bar deadlift is best thought of as a deadlift variation that provides some of the benefits of a squat. Because the starting position is a “dead” position (weights on the ground) it should be categorized as a deadlift. Remember, squat variations require you to hold and balance the weight at all times, even between reps.

Trap Bar Deadlift Vs. Squat: Can You Replace Squats with the Trap Bar?

The trap bar deadlift is an attractive exercise because it allows you to get a workout similar to a squat but you don’t need to invest in a squat rack or wait around for one to open up at your local gym. But can you really replace the squat with the trap bar in your workout routine? Let’s look at the similarities between the two lifts, the differences, discuss which one is safer to perform, and determine which lift gives you a better overall workout.

Because the weight is placed alongside your body, in line with your shoulders, during both the trap bar deadlift and the squat they guide your body into similar “sitting” motions. This means they engage the same muscle groups. These are primarily the quads, hamstrings, glutes, and hip flexors.

Whether you are training with traditional squats or trap bar deadlifts, you are most likely to see muscle growth in your quads (the muscles in the front of your thighs) and your glutes. Because they target the same primary muscles groups, you can begin to see why some athletes trade out squats for trap bar lifts.

The differences between these two lifts are all about leverage. The traditional squat places the bar across the shoulders, causing you to engage your abdominal and back muscles to stabilize the weight. Because the weight is much lower when you are lifting a trap bar, your core muscles will not have to work nearly as hard.

The trap bar deadlift also differs from the back squat from the fact that trap bar reps end with the weight on the floor. This moment between reps gives your muscles a break, whereas a loaded squat bar is always resting on you. Squats cause you to use stabilizer muscles to maintain balance even between reps, whereas trap bars provide a momentary break.

Is the Trap Bar Deadlift Safer than the Squat?

The trap bar wins handily in the safety department. Although you sacrifice core engagement during a trap bar deadlift, you also decrease the amount of strain placed on your back and knees during the lift. The high position of a squat bar places increased leverage on your lumbar spine, which can lead to a back injury. This leverage also increases shear tension on your knees, which can lead to injury.

The low position of the weight during a trap bar lift means your back and knees are put under much less strain. Additionally, if you are battling a shoulder injury, a back squat can aggravate the condition. If you are recovering from injury to your shoulder, knee, or back—or are prone to injury in these places—the trap bar deadlift is a much safer choice.

Does the Squat Provide a Better Workout than the Trap Bar Deadlift?

When it comes to a superior workout, it’s all about the traditional squat. Not only does the high placement of the bar during a squat recruit more muscle groups, but the range of motion during a squat is also much wider. When squatting, you bring your thighs parallel to the floor in a deep squat before rising. In comparison, a trap bar deadlift starts above parallel. Because they start in a shallower squat, trap bar deadlifts are less effective at fully engaging the quads and glutes.

Trap bar deadlifts are better for preventing or rehabilitating injury than squats, but they do not provide the same quality of a workout. You will see better results and work your muscles more completely with squats than with the trap bar. However, the two workouts do work for the same muscle groups. If you wish to avoid squats to rehabilitate or prevent injury, the trap bar deadlift is the best squat replacement workout there is. 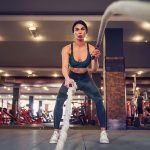 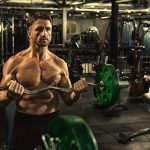