When you stop taking creatine, the most common side effects are:

Is it Okay to Stop Creatine?

You will not cause your body any permanent harm by quitting your creatine supplement. Although you will feel some short-term side effects, you are not in any medical danger if you stop taking creatine. So, feel free to stop at any time.

Remember, your body does make creatine naturally. Natural creatine production drops to very low levels when you are taking a creatine monohydrate supplement. It takes time for your body to resume creatine production. Within 2–4 weeks after quitting creatine, withdrawal symptoms and sensations of fatigue will fade.

Should You Stop Taking Creatine?

Creatine is one of the safest supplements on the market. In fact, studies have shown no link between creatine supplementation and health problems. Claims that creatine can cause kidney or liver damage appear unfounded, according to several scientific studies. So, if you’re taking creatine, you typically do not need to discontinue the use of this supplement.

Some claim that creatine contributes to hair loss. One study on the effects of creatine did find a correlation between creatine supplementation and an increase in DHT levels. DHT is a hormone associated with hair loss. However, further studies have not shown a clear connection between high creatine levels and hair loss, so creatine is currently considered a very safe workout supplement.

6 Things That Happen When You Quit Taking Creatine

If you’re taking creatine and considering quitting the supplement, you can expect a few changes in the first few weeks after quitting creatine. Here’s what you’ll experience when you quit creatine, as well as how long each side effect lasts.

Creatine is stored in the muscles and promotes the production of ATP, which is fuel for your muscles. In the first few weeks after quitting creatine, you will become exhausted much more quickly during workouts. This is because your muscles do not have creatine to draw upon for extra energy.

Creatine can increase strength by 8%. It can also increase your performance by up to 20% during strength training exercises. When you stop taking creatine, you will enter a crash where your body is creatine-poor. Initially, your performance in the gym will be much lower without creatine.

Over a period of 2–4 weeks—as your body begins regular creatine production—your strength and performance will rise back to normal levels. However, all-natural training will not provide as much creatine as supplementation. Even after your body begins making natural creatine, you will lack that 8% growth boost that creatine provides.

Once you stop taking creatine, your muscles will appear slightly smaller. This is because creatine encourages your body to store more water in your muscles. This promotes a “fuller” look. However, quitting creatine will only cause your body to flush out water weight. It won’t actually reduce your lean muscle mass.

Loss of water weight is a permanent side effect of quitting creatine. Some view this as a positive. Flushing excess water from your muscles can lead to a more defined, “cut” appearance. So, quitting creatine can help you achieve certain physique goals.

You will lose 5–7 pounds (23–3 kilos) of water weight when you stop taking creatine. Creatine encourages your body to store water in your muscles. Once you stop creatine supplementation, that water weight will be flushed out, resulting in the quick loss of a few pounds.

General fatigue and lack of focus are common side effects of quitting creatine. This is because a small percentage of the creatine you take in via supplements is stored in the brain. A sudden lack of creatine temporarily shifts your brain chemistry, leading to 2–4 weeks of mental fatigue.

The good news is that these fatigue symptoms will dissipate in a few weeks. In a short time after quitting creatine, you’ll feel like yourself again. So, there is no permanent damage done to energy levels when you supplement with creatine.

A sudden lack of creatine may seem scary, but it’s only temporary. Without supplements flooding your muscles with creatine, your body will gradually start producing its own creatine again. Within 2–4 weeks, your creatine assembly line will be working, and you’ll feel like yourself again.

Will You Lose Muscle if You Stop Taking Creatine?

You will not lose any muscle mass when you stop taking creatine. All the muscle you gained while working out with creatine will remain. Creatine does boost water retention in the muscles, which makes them look bigger. This water will be flushed out once you quit creatine, but you will not actually lose the true, solid muscle growth you achieved.

The benefits of creatine include increased strength and stamina, which can help you perform harder workouts and lift more weight. This puts more stress on your muscles, triggering enhanced growth. Since you won’t lose muscle gain when you quit creatine, you can use this supplement to boost your workout performance. Then, you can quit without any serious, lasting side effects.

What Happens if You Suddenly Stop Taking Creatine?

If you stop taking creatine, your body will enter a 2–4-week period where it lacks creatine. Then, your body will start to produce natural creatine again. During this 2–4 week period, you will feel generalized fatigue, quick exhaustion during workouts, and reduced strength. Quitting creatine will also reduce the amount of water stored in your muscles, resulting in smaller, more defined-looking muscles. As your body begins natural creatine production, the negative side effects will fade. Creatine is a safe supplement. You will not be harmed by taking or quitting creatine. 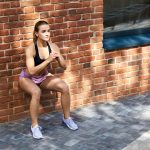 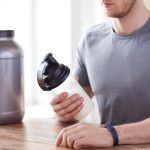