Wait at least 24 hours after donating plasma before working out. Engaging in strenuous exercise too soon after a plasma donation can lead to fainting, dizziness, nausea, vomiting, or excessive bleeding. Even if the worst doesn’t occur, studies have shown that plasma donation reduces anaerobic performance and causes you to fatigue more quickly during aerobic exercise. No matter what exercise you choose, you won’t be able to work out to your full potential the same day you donate plasma.

What Happens if You Work Out Too Soon After Plasma Donation?

Exercising less than 24 hours after plasma or blood donation is unsafe. Not only will you generally feel weak and fatigued, but tasking your body with heavy lifts or intense aerobic exercise can have dangerous consequences. You may experience dizziness and nausea. These symptoms can advance to the point that you faint or vomit. Losing consciousness can cause serious injury if you are in the middle of running, biking, or lifting weights.

Because plasma donation requires drawing blood through a needle typically inserted in the median cubital vein, exercise can cause excessive bleeding at the needle’s entry point. Allow at least 24 hours for the vein to heal before you work out. Consult your doctor to create a safe plan for plasma donation and exercise.

How Long Should You Wait to Work Out After Donating Plasma?

Although 24 hours reduces the risk of the negative effects of plasma donation, your experience may differ. Be attentive to your body and your energy level when you return to the gym. Even if you’ve waited 24 hours, your body may not have fully recovered. If you begin to feel any symptoms of dizziness, fatigue, or faintness, end your workout and rest for another 24 hours before attempting any strenuous activity.

How Do You Speed Up Recovery After Donating Plasma?

Rest is crucial following plasma donation. Make sure you get a full night’s sleep after you give plasma. It’s also crucial to replenish what your body lost. Drink extra water to replace the fluids you lost during plasma donation. Donating plasma removes iron from your body, which increases feelings of weakness. Eat a healthy meal that includes iron-rich foods. Nuts, beans, meat, and fish contain the iron your body craves.

Abstain from caffeine, alcohol, and tobacco after giving plasma. At best, their consumption will slow down your recovery. At worst, partaking in these substances can be dangerous to your health. There are no shortcuts when recovering from plasma donation. No matter how well you follow these rules, always wait at least 24 hours after donation before working out again.

Plasma donation directly impacts your ability to lift weights. This scientific study found that giving plasma reduced two key measures of anaerobic capacity by 14 and 15%, respectively. The reductions in post-exercise blood lactate concentration and maximal accumulated oxygen deficit were measured 2 hours after plasma donation. Because weight lifting is anaerobic exercise, it’s safe to say that you will greatly reduce your ability to perform strength training workouts shortly after plasma donation.

Donating plasma is an essential way to care for the health of others. For most, it’s well worth taking a short break from exercise to provide essential plasma to those in need. Although you’ll experience a brief reduction in your ability to perform an anaerobic exercise, your body will typically replenish its natural supply of plasma within 48 hours.

In addition to reducing your ability to lift weights, donating plasma also reduces your body’s aerobic capacity. Participants in the previously referenced study experienced an 11% reduction in the time it took to become fatigued after donating plasma. Whether you’re headed to the gym to lift weights or run, plasma donation will have a negative effect on your exercise performance.

It’s important to remember that plasma contains 90% water. When you donate plasma, you put yourself at risk of dehydration. Performing aerobic exercise, such as running, triggers your body to sweat, further reducing your body’s supply of water. Remain safe by waiting at least 24 hours after donating plasma before you go on a run.

Is it OK to Work Out After Donating Plasma?

Do not work out for at least 24 hours following plasma donation. There are several good reasons for this, which include:

After donating plasma, the best course of action is to rest for 24 hours, get a good night’s sleep, drink plenty of water, and eat healthy foods rich in iron. You are typically safe to return to exercise 24 hours after donation. However, your body may require 48 hours to replenish natural plasma levels fully. 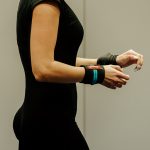